The Best Scones in
Bristol 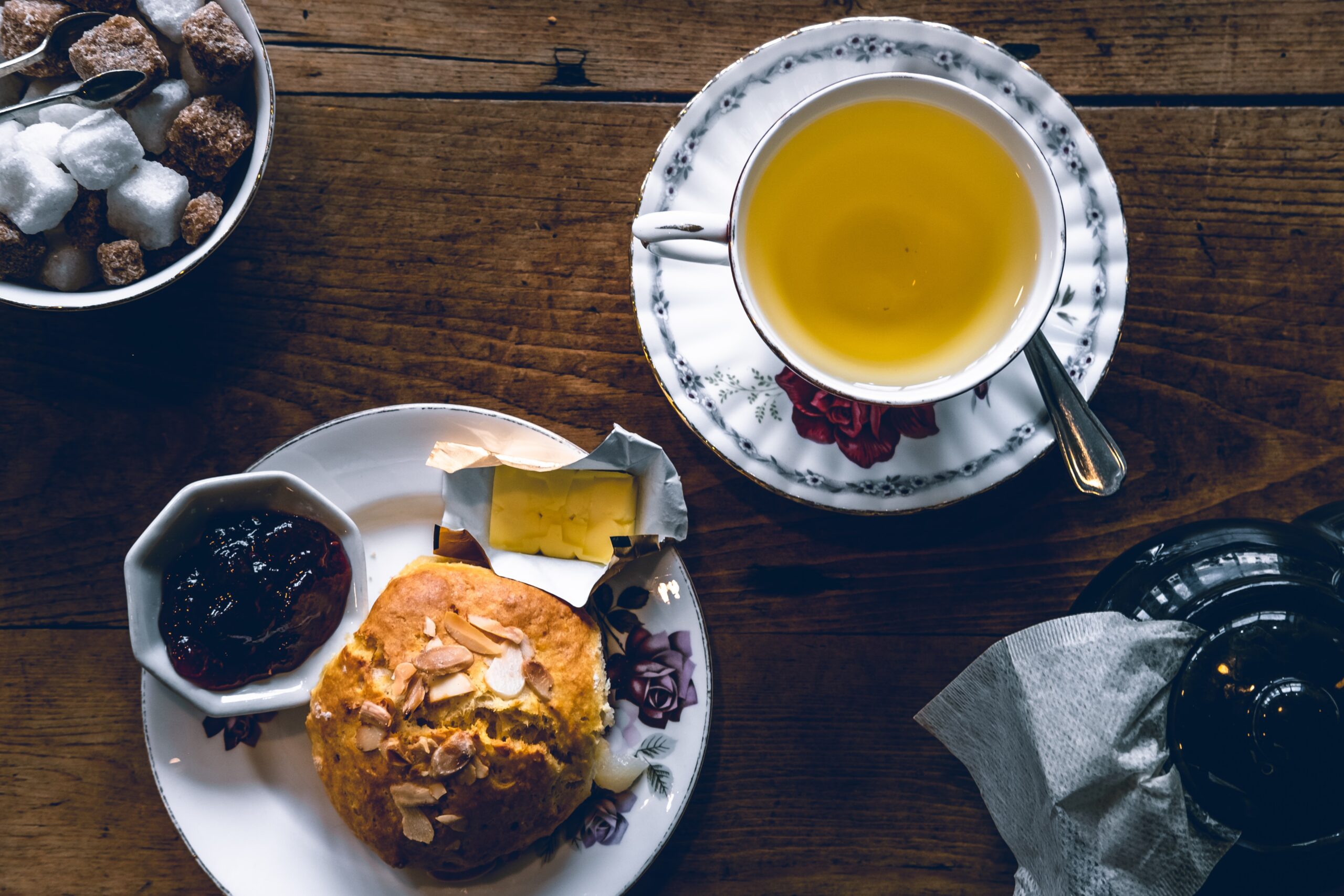 If you were to ask someone outside of Britain to name the first thing that comes to mind when they hear the words England or British, chances are many people would say tea and scones. It may be a popular stereotype, but there is no denying that the British know what they’re doing when it comes to scones.

Scones first originated in Scotland in the early 1500s as a quick bread made from oats and baked on a griddle, very similar to bannock. They were incredibly easy to make and called for very few ingredients making them a popular dish among people of all different socio-economic backgrounds. Over time scones have developed into the dish we all know and love, made with flour and baked in an oven and available in a wide variety of flavours ranging from sweet to savoury. Today you can find traditional scones, plain with clotted cream and jam, as well as all different variations, including cheese and ones laced with fruits like raisins and currants, all around the globe often paired with another British speciality, tea. The traditional afternoon tea, which we often think of as tea and scones, has been around since the 1800s. It originated when Anna, the Duchess of Bedford, asked for tea and sweet breads one afternoon. She was brought scones with her cup of tea, and she enjoyed the pairing so much she began asking for it every afternoon, and the classic afternoon tea was born. While most would agree that scones are the perfect thing to accompany their afternoon cuppa, the divisive question still remains – cream first or jam?

Bristol, like many cities and villages around the UK, is home to countless cafes and eateries, so wherever in the city you are, you won’t have trouble finding a delicious scone if that’s what you’re after.  Whether you’re looking for a scone on the go or a proper afternoon tea, we’ve compiled a list of the best scones in and around Bristol.

Located in the historical Clifton area of the city, Heartfelt Vintage is a unique boutique that sells wedding dresses and sustainable vintage items. You might be wondering why we’re mentioning a boutique when it comes to the best scones in Bristol, but Heartfelt Vintage also offers afternoon tea, which of course, includes their famous scones. The shop has a number of themed teas to cater to different groups, including a photoshoot tea, glam tea, sash making tea, bunting making tea, and many more. Heartfelt Vintage also offers a private tea where you and your guests get the entire shop to yourselves to enjoy an afternoon of tea and pastries and sandwiches while trying on all the stunning vintage clothes and accessories. Throughout lockdown, they’ve offered tea and scone delivery to customers all around the city and are delighted to finally be reopening their tearoom. 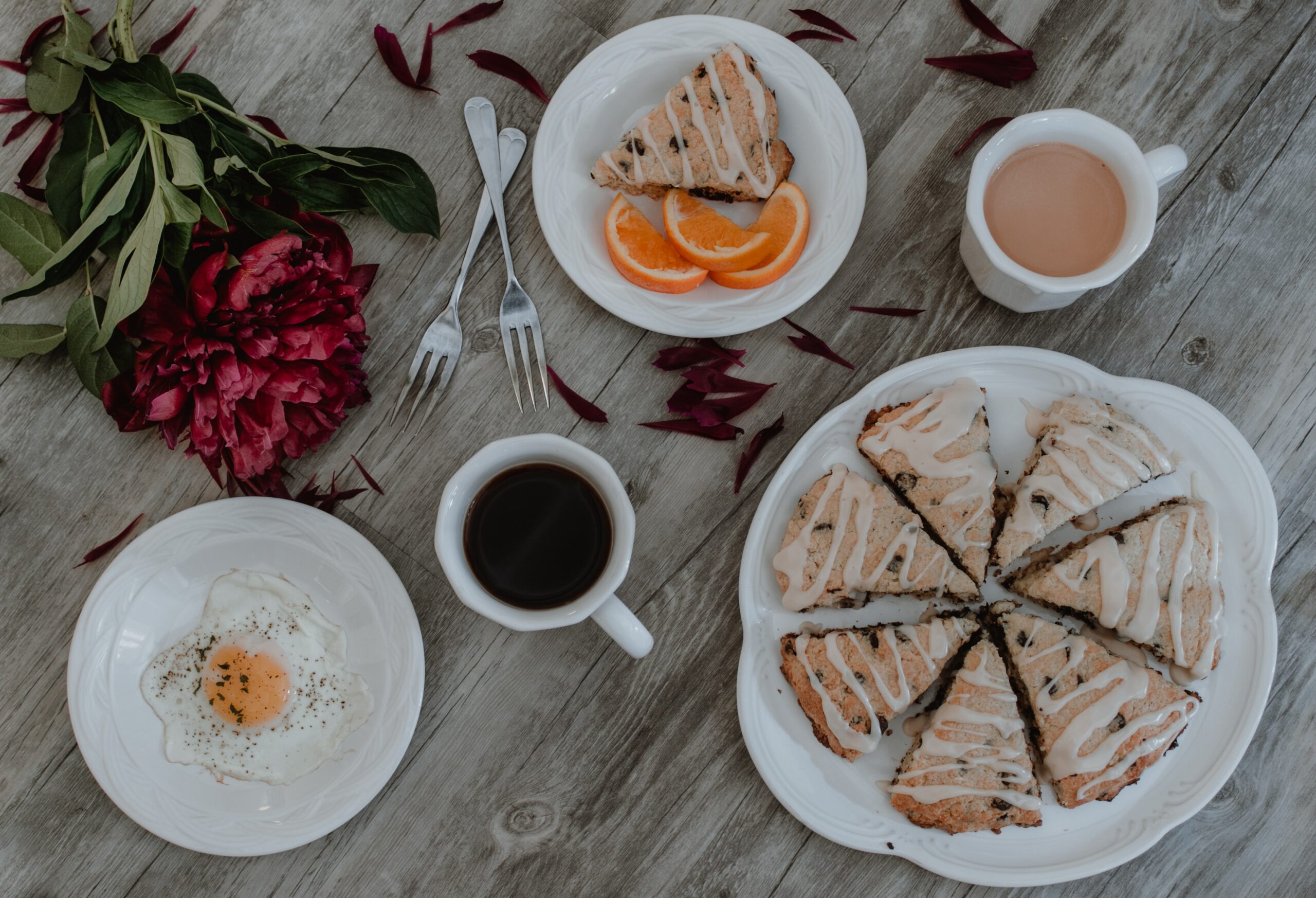 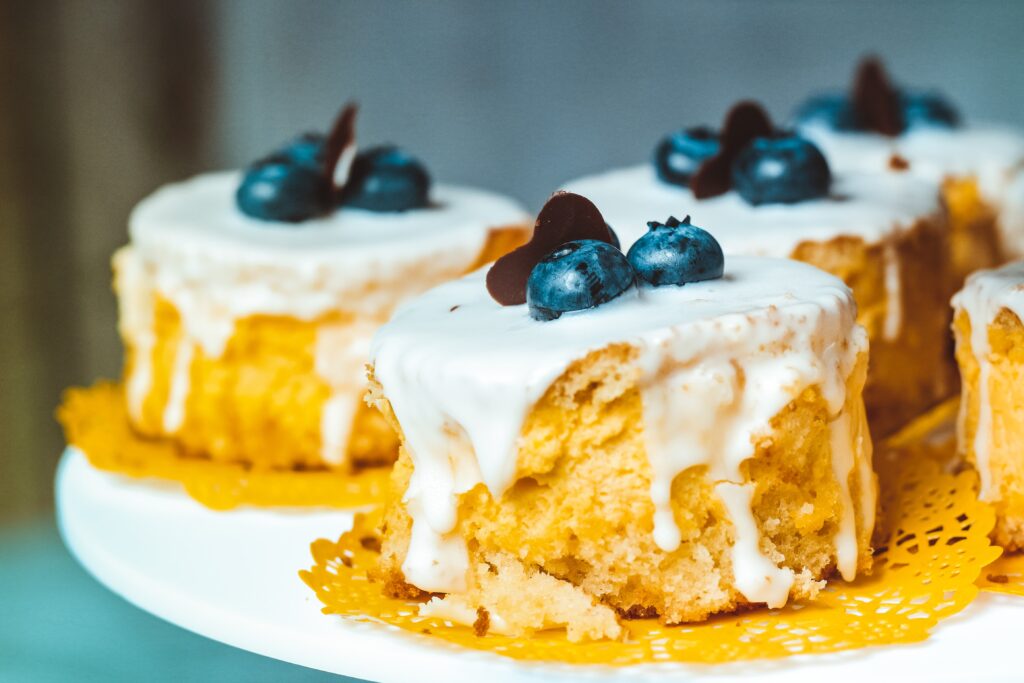 Located on Whiteladies Road, Bakesmiths is a unique café and restaurant spanning two floors. The ground floor is dedicated to grab and go food as well as coffee, and the first floor is a more traditional sit-down restaurant serving booze and brunch. Whichever floor you choose, you can watch the chefs while they work in the open kitchen while you enjoy a quick bite to eat or a leisurely meal. Everything served at Bakesmiths is made on-site or at their sister company, Cakesmiths’ wholesale kitchen located just down the road. Cakesmiths makes all different types of baked goods, including tray bakes, brownies, and flapjacks which are sent to coffee shops and businesses all around the UK. In addition to their wholesale services, Cakesmiths also offers home delivery of the baked goods through a second company, also called Bakesmiths, but which operates completely separately from the café on Whiteladies Road. If you’re too far to make it into the actual café, why not get some of their tasty treats delivered right to your door? 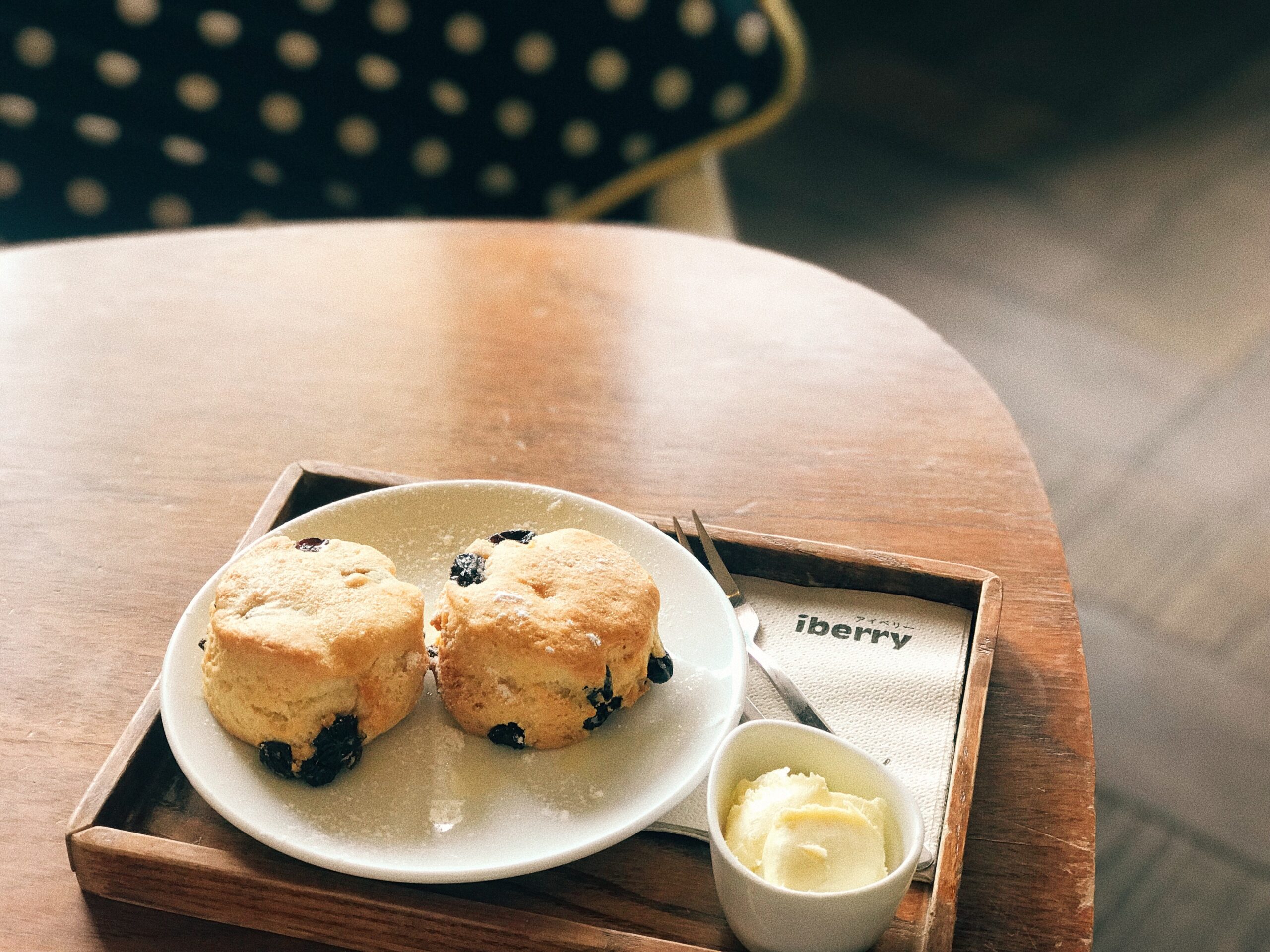 Farro has been a well-known bakery at the markets around the city for many years, but it wasn’t until 2019 that they opened their first brick and mortar shop. Soon after opening, the shop has queues of customers around the block waiting for their delicious pastries, which are all made on site. The bakery is passionate about using locally sourced ingredients to create bread and pastries with real flavours and is always experimenting and creating new and unique products. If you head to Farro’s centrally-located bakery right on Brunswick Square, make sure to get some of their homemade preserves to enjoy with your scone.

More of Best Scones in Bristol 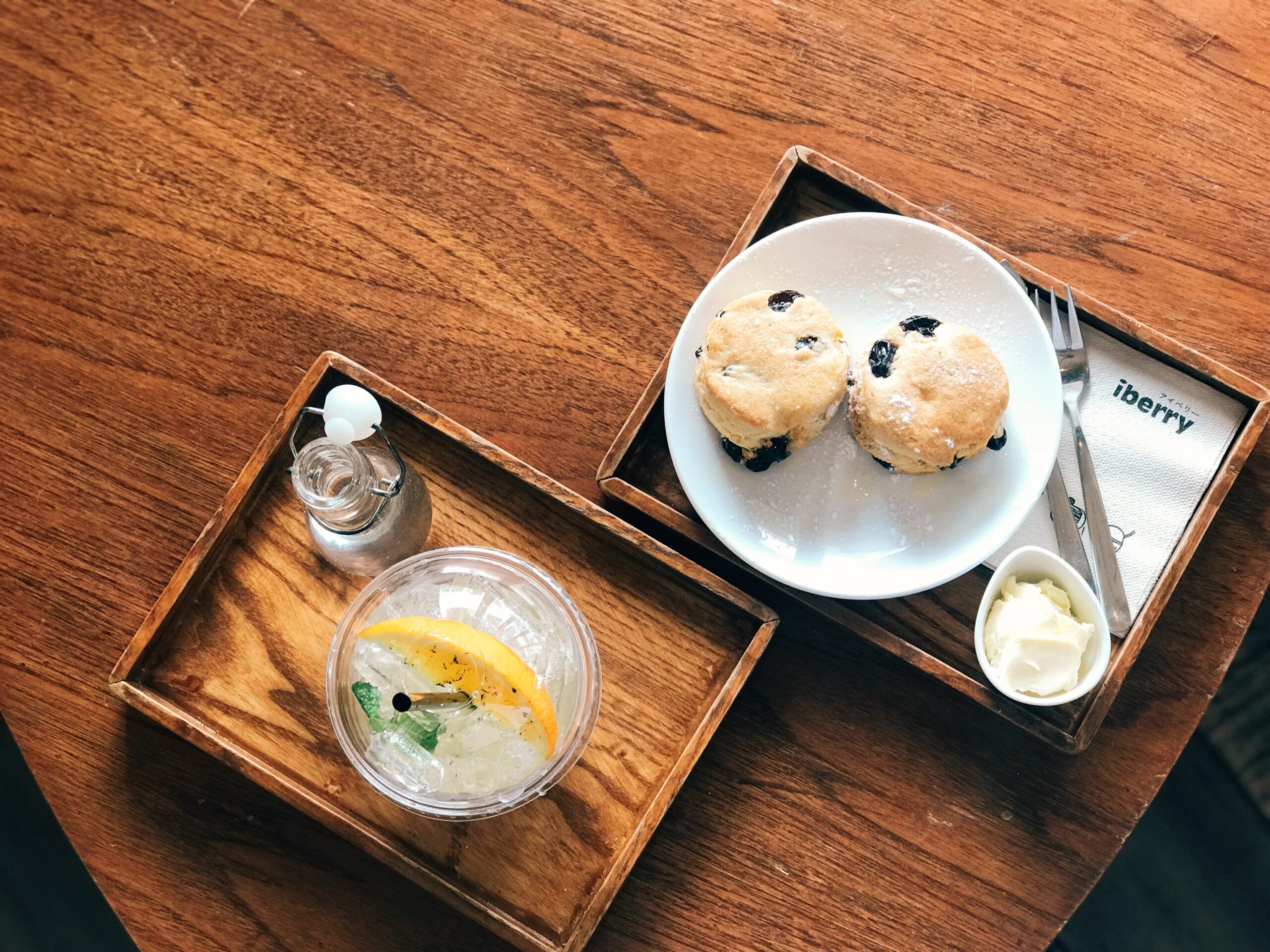 Mokoko first opened the doors of its first coffee shop in Bath in 2011 and the next year expanded their offerings and added fresh baked cakes and pastries to their menu. After a successful first few years of business, they opened up their second shop at Bristol’s Wapping Wharf. The new shop was also home to their open-plan bakery, which produces the baked goods, including their delectable scones, for all of their locations. Today, there are four Mokoko’s, two in Bath and one in Portishead in addition to the Bristol location. To use their own words, Mokoko makes things “big on flavour, size, and naughtiness but worth it every time”. The next time you’re near Wapping Wharf, make sure to stop into Mokoko to try one of their fresh-baked scones or other baked goods and enjoy the cultural and historic waterfront hub of the city.

Tucked away in one of the large Victorian railway arches at the historic Temple Meads station, Hart’s Bakery is another brilliant Bristol bakery producing delicious scones. Hart’s is both a café and wholesale bakery, and everything you purchase is made in house in the open kitchen. When you sit in, you can watch the bakers at work while enjoying your baked good or cup of coffee. Unlike many other bakeries where products are made during the night and early hours of the morning, Hart’s bakers work throughout the day, and fresh bread and pastries are available all day long. The bakery opened in 2016 and quickly made a name for itself and has now become a staple in Bristol when it comes to bread, baked goods, and high-quality coffee. Hart’s also offers daily lunch specials and a rotation of other goods like sausage rolls, pastries, tarts and filled croissants that change daily. Throughout the pandemic, Hart’s offered a click and collect service for their bread, pastries and take-home meals, as well as remaining open for takeaway. They continue to offer this service, and everything from sourdough bread to sausage rolls and marmalade can be ordered online through their website. 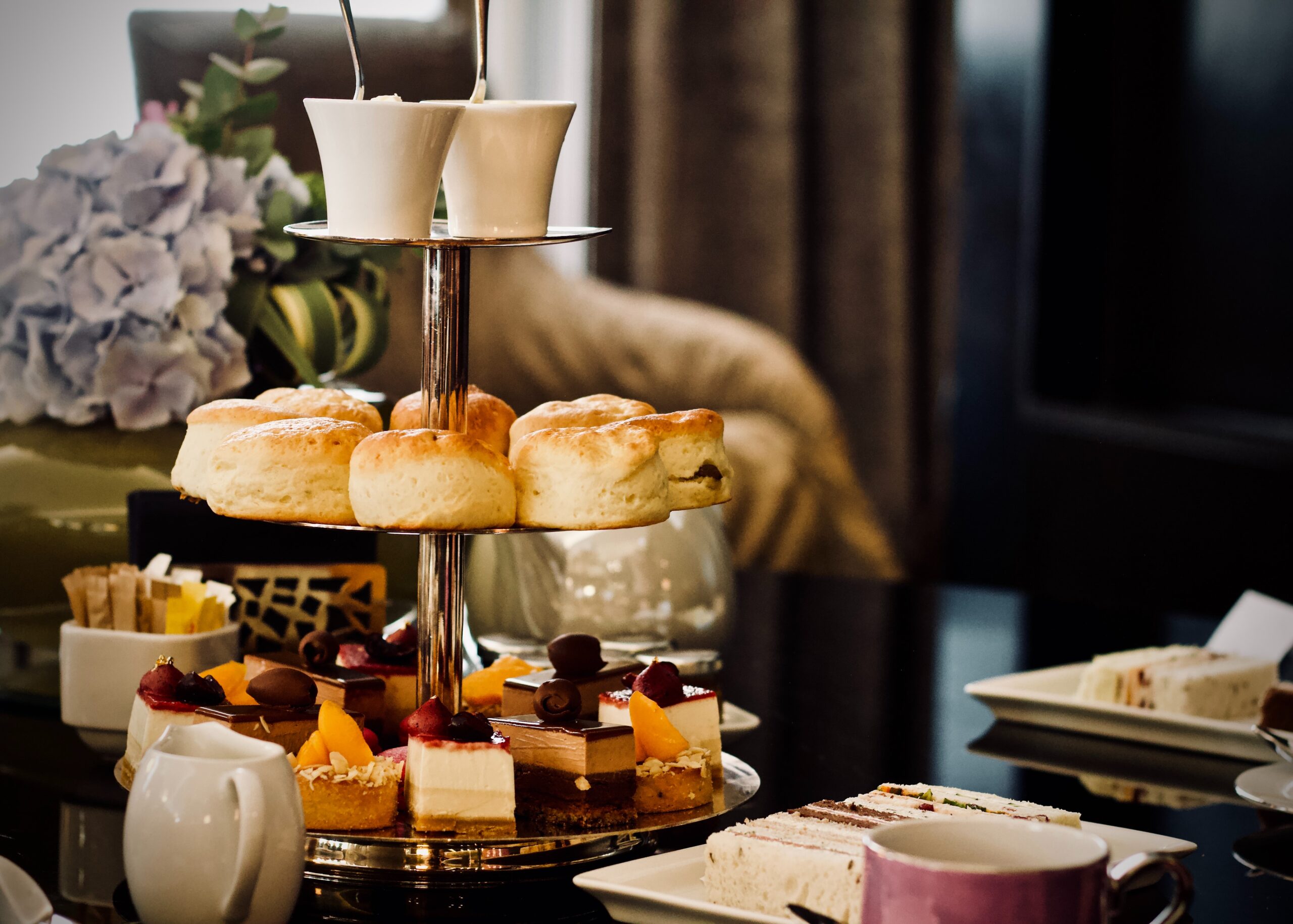 With 360-degree views of the Clifton Bridge and the city of Bristol, you’ll have a hard time finding an afternoon tea with a better view than what the 360 Café at the Clifton Observatory offers. The observatory was recently restored and is now home to a museum, Camera Obscura, and the Giant’s Cave, in addition to the rooftop terrace and café. The café offers locally-sourced refreshments, including their famous indulgent hot chocolates and baked goods as well as an afternoon tea. There are a variety of afternoon tea packages ranging from your classic tea, scones and sandwiches to the full access package, which includes access to all the other attractions at the observatory in addition to tea. No matter which package you choose, you can’t beat delicious scones and tea with such an incredible panoramic view.

While Thornbury Castle isn’t in the city of Bristol, their afternoon tea is worth both a mention and the 30-minute drive. Built in the 1500s, the castle has been home to countless kings, including Henry VIII, queens and dukes throughout the years and is now a hotel and restaurant. The four-star hotel was recently refurbished, and the staff have worked at Michelin star restaurants and five-star resorts around the world, so you’re guaranteed an absolutely delicious meal and incredible experience. Walking into the castle, you’re immediately immersed in English history with suits of armour and other historic items lining the halls. Guests have the opportunity to try a variety of unique activities like archery, falconry and croquet, as well as enjoy afternoon tea in the picturesque countryside. Tea is served daily in the lounge, sitting room, and library, each with their own unique feel and décor. There are a range of packages available, and each includes fresh baked scones and pastries in addition to a wide variety of teas and other beverages. Whether you’re looking for a relaxing afternoon tea or a weekend escape, Thornbury Castle is most definitely worth the trip. 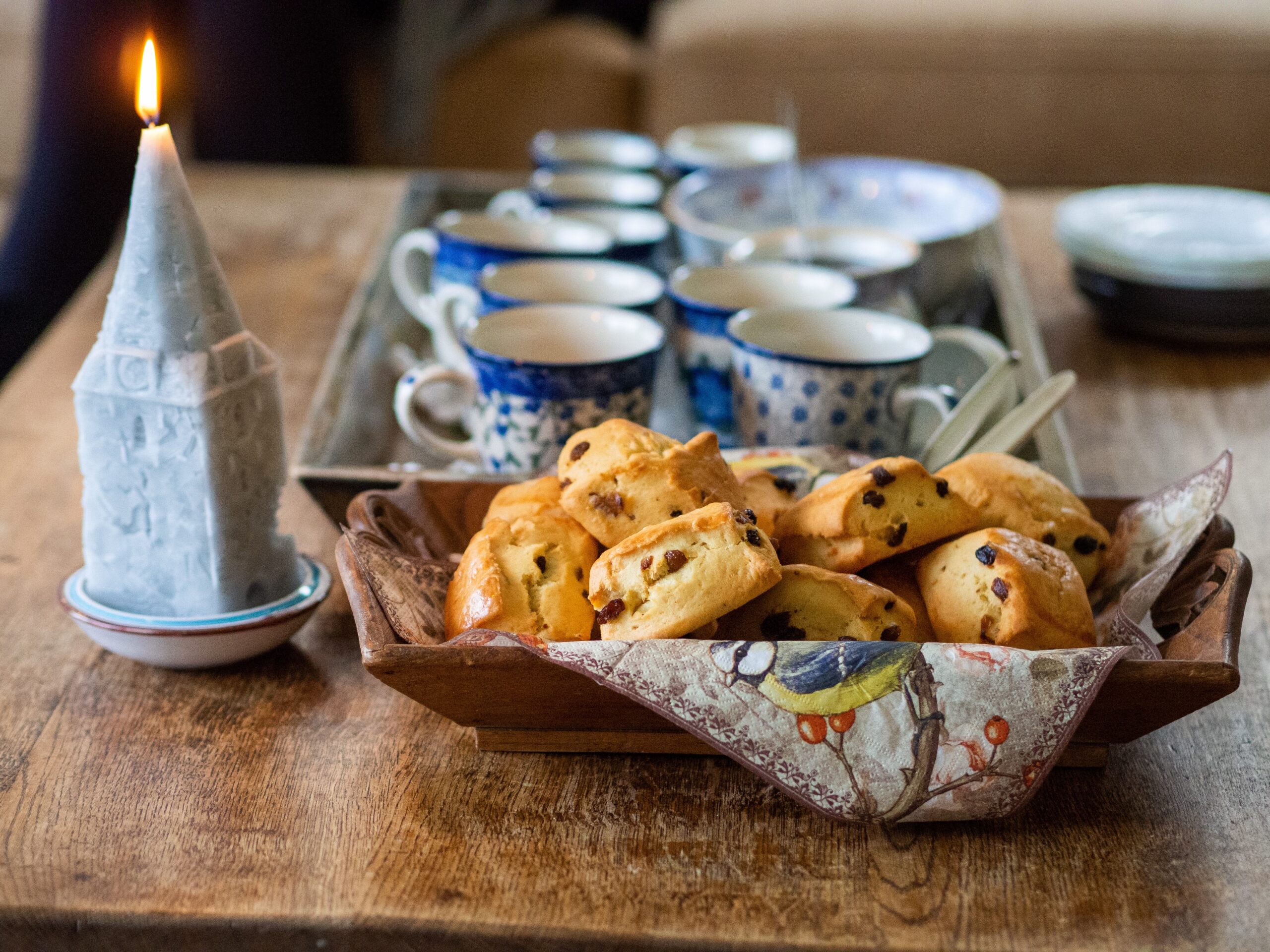 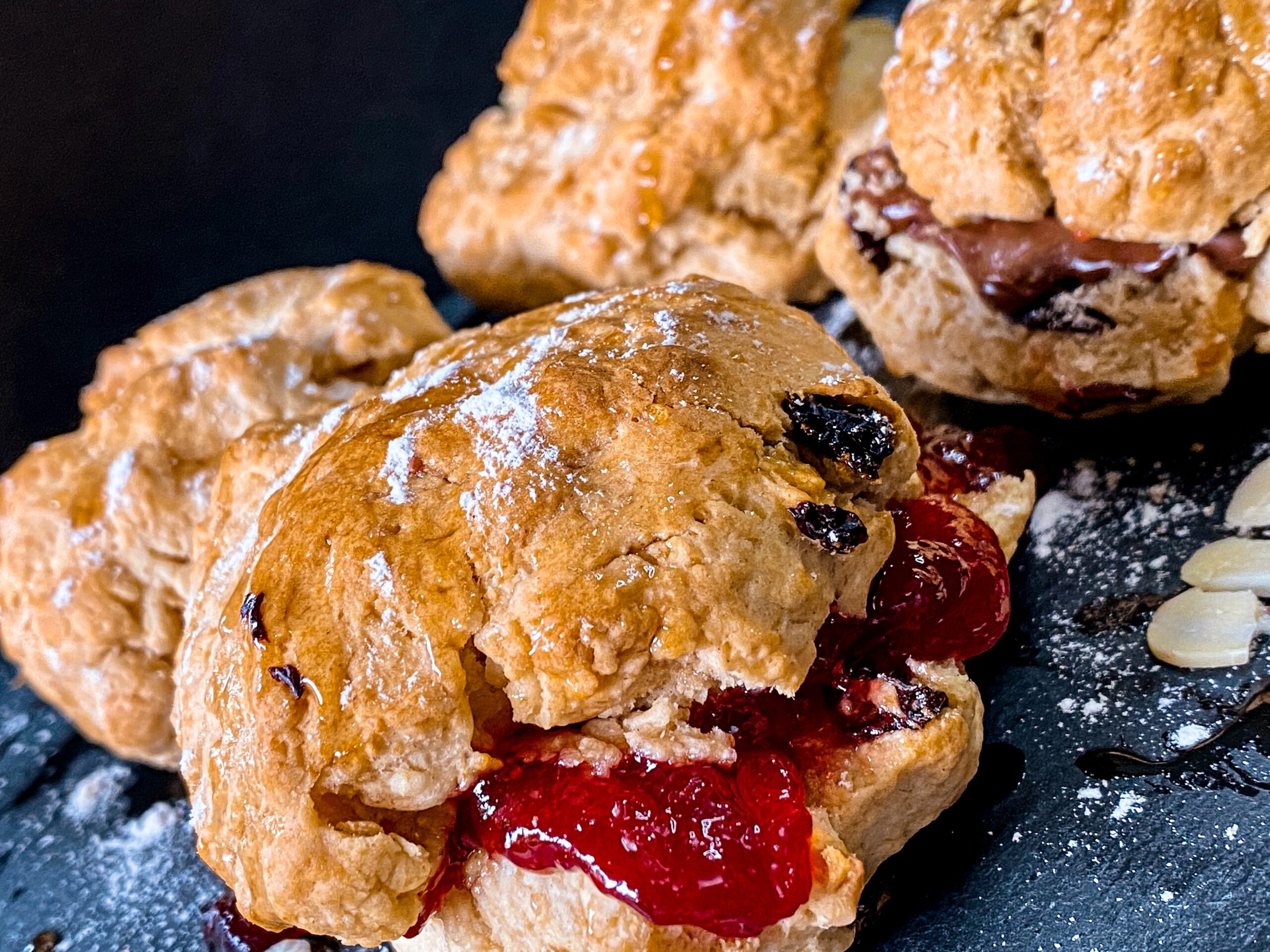 One of the most loved bakeries in Bristol, Pinkmans has been serving up delicious baked goods and bread since 2015. In just a few short years, the bakery, which was founded by seasoned industry professional, Steven Whibley, has been recognised by the Sunday Times as one of the 25 Best Bakeries in the UK and has won other awards as well. Most recently, they’ve opened a pop-up location on Gloucester Road. The bakery is best known for its sourdough bread which is made in house every day and used for a wide variety of breakfast and lunch options like avocado toast and sandwiches. Their Park Street location also features a wood oven which is used for made to order sourdough pizzas. If you visit one of Pinkmans locations, you can’t leave without trying one of their many sweets and baked goods, including their scones with clotted cream and jam. One of their most famous sweet treats is their sour-dough-nut, which are hand-rolled and fried in the shop before being filled with different pastry creams and toppings. They regularly rotate the products they’re offering, but no matter what’s available on the day you visit, you’ll definitely leave with a smile on your face.

Another Bristol staple, Ahh Toots, has been one of the go-to shops for all things cake and baked goods since it first opened at St Nicholas Market in 2014. The art-focused bakery is known for making one-of-a-kind cakes for weddings and other occasions, as well as other sweet treats. In 2020, they opened their Christmas Steps location, which offers a sit-down café and afternoon tea. The tea features finger sandwiches and homemade scones in addition to a selection of their homemade cakes. They also offer brunch and lunch at the Christmas Steps café, and their scones are available at both of their locations. Throughout the pandemic, Ahh Toots has offered click and collect and delivery services, including their famous baked goods and DIY baking kits. Even if you aren’t in Bristol, you can order one of their post treat boxes full of delicious baked goods, which they’ll ship anywhere in the UK for only £3.95.